People have been rowing in Hull since at least the mid 1800s. Back then there were two/three prominent rowing clubs in the city; Kingston Rowing Club, based at Stoneferry (near where B&Q now stands), and Hull Dockers Rowing Club based at East Park. Here is a video of the old Kingston Rowing Club boating at Stoneferry from the British Film Institute. It shows what rowing was like in the early 1900s; boats were slightly bigger, made from wood and blades were macon shaped. Rowing outfits have also changed, back in the day rowers would wear shorts and zephyrs, now these have been replaced by streamline unisuits. Even in the video you can see that there was a fair bit of river traffic in the river hull. As time went on this traffic increased which made rowing on that stretch of the river unsuitable.  In the 1920/1930s the club then moved further up river to the oak road playing fields were they remained for many years.

Racing was a big part of rowing in Hull, the National Dock Labour Board would hold regular regattas on East Park’s Ferens Boating Lake. The above photo from Hull Daily Mail shows a coxed four racing under the bridge at East Park with spectators watching from the bridge and bank. Rowing was even more popular in the Edwardian era, people would line the full stretch of the bank trying to get a glimpse of racing crews, there are many photos from this era displayed in the Mill Pub located on Holderness Road opposite the park.

Sadly, with the decline of the fishing industry in Hull, the Dockers Rowing Club also fell into decline leading to there being only one remaining rowing club in Hull. Those wanting to continue rowing joined the Kingston Rowing Club on Oak Road at their purpose built boathouse. Back then the river was wider and regularly dredged allowing for rowing to take place at any time on the tide. As river traffic slowed so did the dredging and as a result the river as become narrower making it more difficult to boat.

In the late 1990s, Kingston Rowing Club were running out of members and eventually had to close. In 2000, the boathouse was sold to two artists Alistair Palmer and Paul Burwell. It seemed for a while that community rowing in Hull was something but a memory, until a group of keen rowers wanted to bring the sport back into Hull and make it accessible for all. In 2007 they formed the new Hull Rowing Club and operated out of the University boathouse, right next door to the old Kingston boathouse which has since been abandoned. 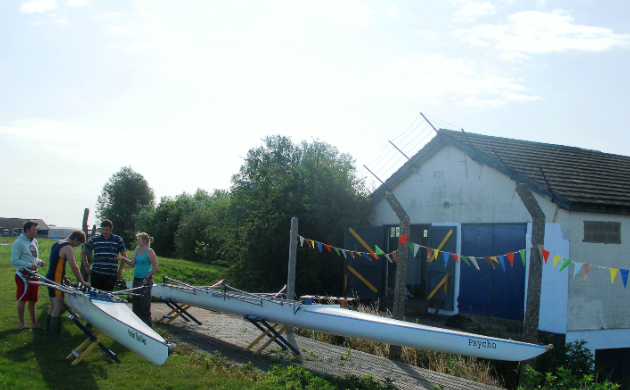 The two clubs operated side by side until 2014 when a lease could not be sorted with the council and the University felt it was unsafe to continue rowing on the River. Hull University Rowing Club (HUBC) and Hull Rowing Club were left with no choice but to relocate. Whilst HUBC moved out of town to Doncaster, Hull Rowing Club brought rowing going back to its old home at East Park, however due to a lack of space only doubles and singles were able to make the trip and larger boats had to be sold off. The club had some success at East Park, membership doubled and regattas returned to the lake in the form of club races and the explore rowing series. 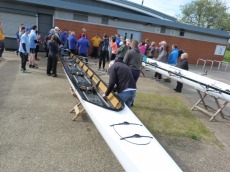 However, this new location would be short lived as limitations meant the club could not grow and develop in a safe environment. In 2016 the club under a new name of Hull Kingston Rowing Club moved to Welton Waters on the site of the adventure centre. Since the move we have been able to expand our fleet of boats and get more quality time on the water.